The brain is shibering with excitement, and the images are maximal.
Can you keep memories until the dreams melt away?
The gong reverberates. Release the brain beam.Do it！
First exhibition of rakugaki by You Mukada! Storyboards and video works will also be exhibited.

He is also in charge of various other fields, including video recording and production staff for dome concerts of Namie Amuro, EXILE, as well as field- headquarters progression, making edit, and image illustration for the METI/Eiga 24-ku (Film 24 Wards) “Fukushima Hamadori Cinema Project”. His film “Immature Egg Punk Harmony” will be screened at Motomachi Cinema, and “Dream Melts” and “Dream Melts/” was screened live at KOBE VARIT. in 2021. He is currently working on his latest work to coincide with this exhibition. 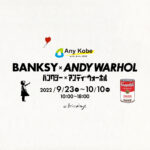 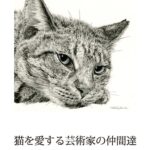